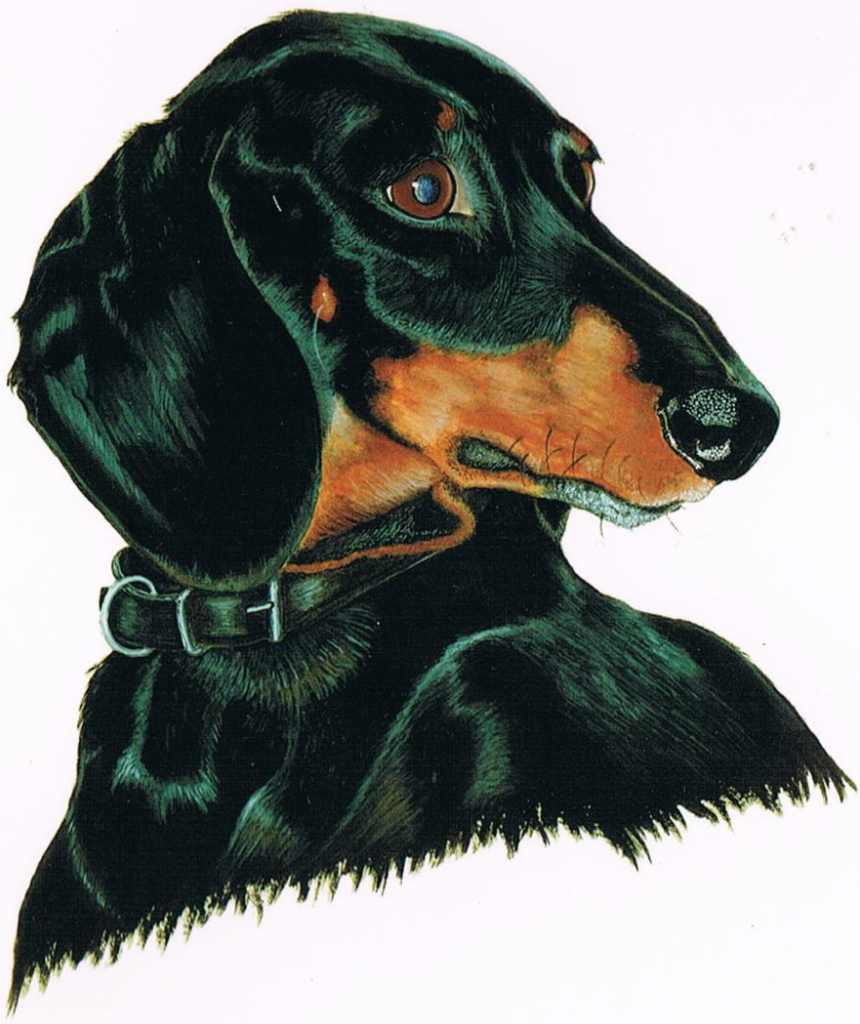 I have both owned, and occasionally bred dachshunds since the late 1960s. In those early times, Dachies were a popular breed of dog in Australia, but over time, public interest in the breed has declined sharply. Dachies are said to have weak spines and thus are highly susceptible to spinal damage. During the many years I have been associated with dachshunds I have never owned a dog that has had back problems, except for my bitch Bridget who fell over a steep embankment onto her back and injured herself. This injury was quickly repaired with two sessions of acupuncture.

I am suggesting that over the years the dachshund became a much maligned breed, and I feel that this is a great pity. Dachshunds are very outgoing and, if appropriately bred and trained, are fearless hounds. For example, Dachies are quite prepared to follow rabbits, snakes and other vermin down burrows with total disregard for their own safety. The characteristic can be traced back more than three hundred years.

Dachshunds are intelligent and clean dogs, and they normally get along well with children and older people. They can also be very stubborn dogs when they put their minds to it. It now seems that a resurgence of the popularity of the dachshund breed is now occurring in Australia. I recently read that dachshunds are now the second most sought after breed of dogs in Australia [after French bulldogs].

I hope that you enjoy the range of Dachie material that I have provided for you to enjoy that follows.

I introduce you to my miniature dachshund Max. The following three photographs were taken when he was nearly three years of age. He is now five

Max out for his walk 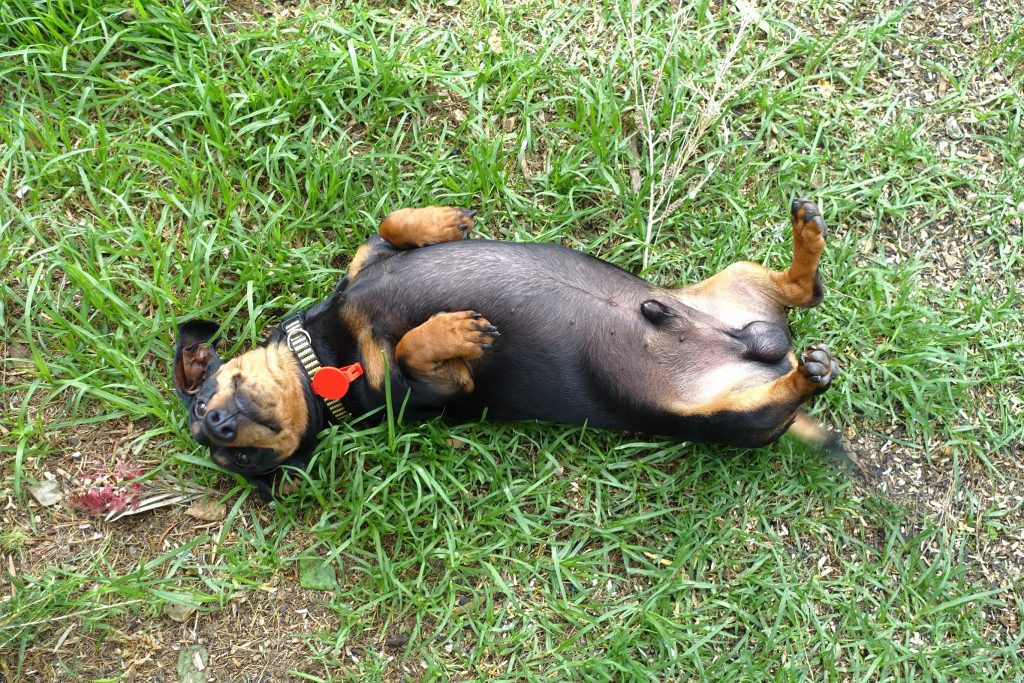 Max in his backyard. His boss needs to mow the grass 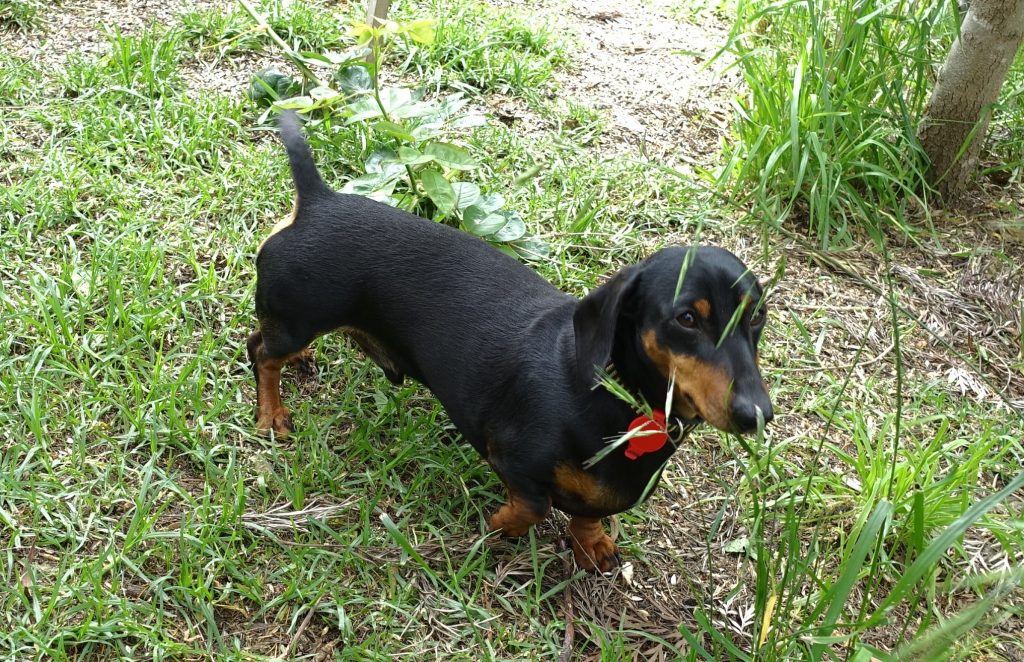 Hilarious video of a dachshund on holiday

Dachies having a pool party

1,000 Dachshunds Gathered For A Mass Walk In London

Why do people love dachshunds?

A detailed description of the dachshund breed

Frankie the Dachie is now an international hero

Two special pictures I chose to make your day: 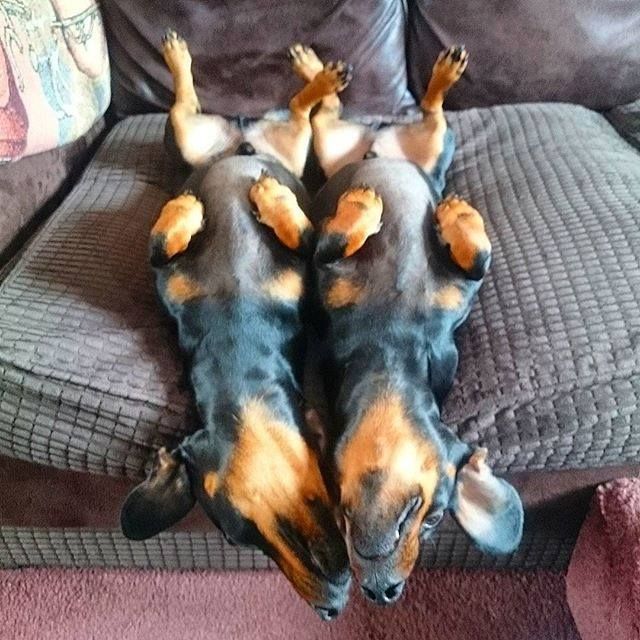 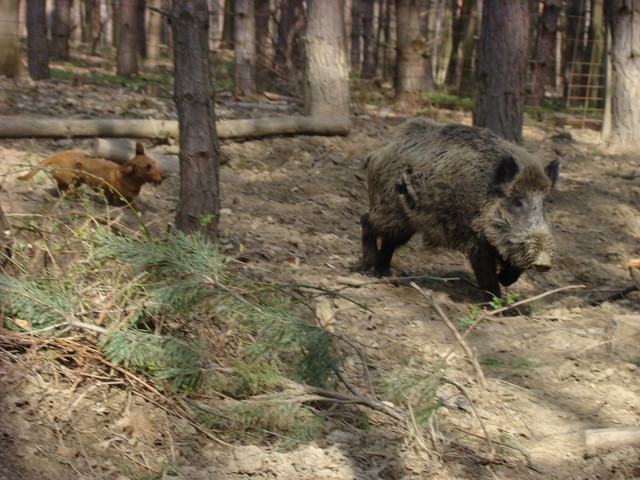 8 Replies to “Why I urge you to love a dachshund”

Thank you for visiting my website. I hope that you have an enjoyable, fun and perhaps interesting learning experience from it.

I dedicate my website to my late father Robert Hartley. Hartley was a rural raised person in South Australia. He was also a deep thinker. My late mother grew up within the world of arts and later in life was a devotee of transcendental meditation. My grandmother “momma” was an intelligent and loving person who was also interested in the realm of arts.

I have lived a full and interesting life. I have been involved with many things. These include industrial politics, merchandising retail products and owning and managing a building restoration business. These days I love writing about philosophy and conceptual cosmological science.

I am in my late 70s in age and I do not enjoy good health these days. I have two successful adult sons. Because I am technophobic, computers and I do not always get along well together. I have two friends that help me with my computer management and the editing of my writings. Not all of my posts are edited and checked. This means that you might find some faults in my efforts along the way.

As a concept scientist I love reading, learning and writing about cosmology. This is more particularly so with sub-quantum [non-local/metaphysical] science. When I write about cosmology I never seek to prove anything! Also when I publish my ideas I take the view that because I see my writing efforts as being educational I need not be too attuned to the question of plagiarism with my work. However, I always provide the source of my writing efforts so that you can more readily access the same information online as I have over the last decade or so. From this I feel that my ideas in science are being conveyed to you in a fair use manner.

I pay tribute to my family members who have been loyal supports to me over the years. I especially pay tribute to my helpers and advisers. I will continue to attempt to entertain and interest you as best as I can.

I trust that you have lots of fun as you peruse my posts. I invite your comments as you might see fit to pass them onto me.

On behalf of my Dad, the rest of my family, my helpers and myself - enjoy!